Foot Quote of the Week

"The foolish man seeks happiness in the distance; the wise man grows it under his feet." -James Oppenheim-

Caution Needed with Holiday Treats
Sugar Plums. Sugar Cookies. Sugar and Spice. Even Sugar Daddies! There are so many holiday traditions involving that sweet, sparkling ingredient… but unfortunately it’s an ingredient that can be dangerous for those with diabetes. Most diabetic patients are cautious of their sugar intake throughout the year; but when it comes to the holidays, people tend to forget (or ignore) everything they know about managing their diabetes!

Understanding the Sugar (Glucose)/Insulin Balance
Sugar is processed in the body in the form of glucose to provide energy for your daily and future needs. It is your body’s job to produce/insulin to process the sugar that is consumed from sweets, breads and other foods that are high in carbohydrates.

Blood Sugar is All About the Numbers
Diabetes is often measured in the blood this is where insulin breaks down glucose. If the ratio of glucose to insulin is abnormally high, hyperglycemia results. Hyperglycemia is simply defined as an elevate blood sugar. Similarly, hypoglycemia is defined as a low blood sugar. Blood sugars differ during the day because our bodies produce insulin in response to food that is eaten. Many people are required to check their blood sugars several times a day at home. A normal fasting blood sugar is between 70-100mg/dL.

Monitoring Your Blood Sugars During the Holidays is Essential to Staying in Control
If your doctor has you checking your blood sugar at home, it is especially important to keep track of the foods you eat during the holidays. This is when many people – diabetics and non-diabetics alike struggle controlling the amount of food we eat, especially sugar-filled foods like cookies, fudge, pies, and other traditional holiday snacks. Many diabetic patients have guidelines to direct them on how much insulin or diabetic medication they take based on their blood sugar levels so you should expect to need more “help” if you are consuming more sugar.

Diabetes and the At Risk Foot
Individuals with diabetes are more susceptible to serious foot problems due to nerve damage, vascular damage or both. If you are a diabetic, your feet can be considered "at risk”.

Over time, elevated blood sugar damages the nerves to the feet causing peripheral neuropathy which creates numbness, tingling and even pain. Increased numbness and pain in the feet is a sign that your blood sugars may be elevated!

When someone has peripheral neuropathy, he or she may not feel a blister or wound forming. One might not even feel the puncture from a sharp object on the bottom of the foot. Seemingly minor injuries can cause an opening in the skin that can become a serious health risk. Advanced neuropathy may lead to severe bone and joint foot injuries... without any pain at all!

If you are a diabetic, you should be seeing a podiatrist on a regular basis for evaluation and maintenance and ANY time there is a change in your feet!

Sugar, Spice and Everything Nice
While visions of sugar plums may be dancing in your head, be sure to stay on track of your blood glucose levels as you celebrate the holidays. At InStride Family Foot Care, we specialize in the podiatric care of those with diabetes and will evaluate your symptoms and make sure your feet stay healthy!

Ankle Fractures - What We Need to Know

If you experience pain in your ankle or foot, please do not hesitate to contact our InStride Family Foot Care at 704-786-4482.

Potential Health Risks of Salon Pedicures You Should Know!

Salon Pedicure Risks in the News

Recently, CBS News reported a story about a woman who was at risk of losing her leg due to a pedicure she received at her local salon.


While this extreme type of infection is not common, there are documented cases of severe bacterial infections as a result of non-sterile instrumentation.  Non-sterile instruments, foot soaks and even nail files can transmit bacteria and fungus from person to person... and from toe to toe.


This particular case involved a pedicurist utilizing a type of shaver to remove a callus.  In many states, it is actually illegal for pedicurists to perform any type of callus removal beyond filing the hardened/thickened area of skin.  Even nail technicians are often not permitted to utilize blades or shaving devices.  Medical assistants, working with a podiatrist, aren't allowed to either!
While some states have higher regulations than others, there are still limitations in “patrolling” salon compliance to cleanliness.

Common Infections Caused by Salon Contamination
Our feet are highly susceptible to hosting fungus because they are “housed” in socks and shoes which create an ideal environment for fungus to thrive – dark and damp.  Once fungus is present on a single toenail, the transfer to multiple toenails is extremely probable.
While the transmission of a limb-threatening bacterial infection as a result of a pedicure is not very common, the risk of spreading fungal matter is a far more frequent occurrence.  Improper or incomplete sterilization of previously used nail files is not uncommon at a large percentage of nail salons.
Nail salons simply do not have the standards for sterilization that one would find in a medical environment.
Benefits of Podiatric Medical Pedicures
Simply put – medical pedicures are safe.  Practices like InStride Family Foot Care utilize the medical standards that become physicians’ highest responsibility due to their training, education, and medical oath.
In addition to utilizing medical-grade instruments and sterilization techniques, single-use foot tub liners are used to decrease any chance of potential cross-contamination and infection.
For men and woman who do still want to get pedicures at a salon, there is the option of receiving an initial treatment from a podiatrist prior.  The podiatrist is not only trained in proper sterilization, but proper use of blades and shaver type instruments to minimize potential complications.


Extra precautions are especially important for those with diabetes, or anyone with compromised immune systems, due to the increased risk of infection and non-healing wounds.  The same precautions should be considered for individuals who have had a history of fungal infections.  Fungal infections are notorious for recurring.

Additionally, it is recommended that individuals do not shave the areas of the feet and legs that may be exposed to pedicure tub water or instruments.  By not shaving, you will reduce the chance of creating an open cut/wound (large or small) and reduce the chance of potential infection.

Podiatry offices like InStride Family Foot Care also provide polishes that are safer than salons.  These polishes are created with non-toxic chemicals and are infused with antifungal elements like tea tree oil.


Essentially, medical pedicures with a licensed podiatrist is the safe, sterile route for healthy looking feet! 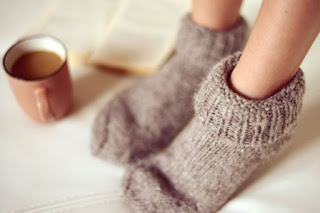 Chilblains are caused by the skin's abnormal reaction to cold. Circulation is a determining factor for chilblains; people with poor circulation in the feet are more susceptible.


Chilblains are characterized by small itchy, red swellings on the skin, which become increasingly painful, swell, and dry out, leaving cracks in the skin and exposing the foot to the risk of infection.

They occur on the edge of the toes, fingers, face (especially the nose), and the ear lobes. They can also occur on areas of the feet exposed to pressure, such as on a bunion or where the second toe is squeezed by tight shoes. Symptoms include burning and itching, swelling or redness, breaks in the skin, and ulcers.


Treatment includes keeping the body, legs, and feet warm, especially for individuals who have poor circulation and/or limited mobility.


Calamine lotion will take away most of the skin discomfort. If chilblains become ulcerated, application of an antiseptic dressing is the recommended form of treatment.

If you have any questions or concerns about your feet, please don't hesitate to contact our InStride Family Foot Care at 704-786-4482 or visit our website at http://www.familyfootcare.info/.

Posted by NCfootDr at 8:01 PM No comments: 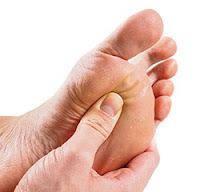 Capsulitis is an inflammation of the ligament on the bottom of the foot. It is usually caused by trauma or abnormal structural functioning, which overstretches the ligament that attaches one of the toe bones to a metatarsal bone. Wearing high heels or other poorly fitting footwear and performing repetitive activities that bend the toes, such as ladder climbing, are also known causes.
Pain in the forefront of the foot is the most common symptom of capsulitis. Capsulitis is often misdiagnosed as Morton's neuroma because of similar symptoms.

Noninvasive treatments are used to resolve capsulitis, including:

If you have any questions regarding to your feet, please don't hesitate to contact our InStride Family Foot Care at 704-786-4482 or visit our website at http://www.familyfootcare.info/.

Posted by NCfootDr at 7:27 PM No comments:

Email ThisBlogThis!Share to TwitterShare to FacebookShare to Pinterest
Labels: Capsulitis


Ankle Sprains from Officite on Vimeo.

If you experience pain in your ankle or foot, please do not hesitate to contact our InStride Family Foot Care at 704-786-4482.

Posted by NCfootDr at 6:26 PM No comments:

What is the best kind of ankle brace to wear? 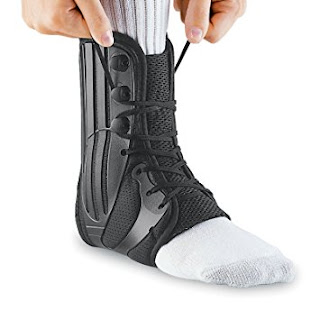 For additional questions, please contact our InStride Family Foot Care at 704-786-4482 or visit at https://www.familyfootcare.info/.

Posted by NCfootDr at 2:41 PM No comments:

During the holidays, I tend to exercise