Foot Quote of the Week

"The foolish man seeks happiness in the distance; the wise man grows it under his feet." -James Oppenheim-

The American Podiatric Medical Association has just updated their website for shoes that have been awarded the prestigious APMA Seal of Acceptance. Click here to check out their shoe list.
Posted by NCfootDr at 7:48 PM No comments:

Back to School Shoes Blues 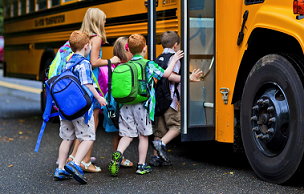 Back to school shopping is in full swing, and on the list of things to buy to get your kids started on the right foot this school year are…..shoes! Although there may seem to be an endless amount of choices in regards to what your kids can wear on their feet, there are several things to watch out for when selecting a pair of quality, comfortable shoes your kids enjoy wearing.

• ABC, easy as 1,2,3…there are 3 things to look for when buying a shoe for your child. First, squeeze the heel of the shoe to make sure that it does not collapse. A stiff heel provides proper rear foot support. Second, grab the front of the shoe and bend it backwards to ensure that the shoe bends where your child’s foot naturally flexes while walking or running. Third, grab the shoe at both ends and twist it in opposite directions. The middle of the shoe should not twist in order to provide good midfoot support. A shoe should pass all 3 of these tests to be proven worthy of buying.

• APMA’s Seal of Acceptance is a gold standard. The American Podiatric Medical Association has given their Seal of Acceptance to products that promote proper foot health. These shoes have been tested by foot and ankle doctors who understand the complex nature of how the foot works while in motion. You can check out the APMA’s list of products on their website or look for the seal on the manufacturer’s product packaging or website.

• Avoid hand me downs. Passing down old footwear from an older sibling can spread fungus such as athlete’s foot. Also, every person’s gait is unique, and over time, the shoe develops wear patterns specific to that person that may cause harm to another person wearing them. Always take your child with you when you are buying shoes for them to ensure a proper fit in both length and width. (Yes, some shoe companies make wide shoes for children!)

• Breaking in shoes is a myth. Shoes should be comfortable the first time your child tries them on in the store. Any sign of discomfort noticed in the store is an indicator that the shoes will continue to give them problems in the future.

• Use shoe size as a guide. Your children’s feet should be measured each time you are buying them a new pair of shoes. Most retail sales associates can help you determine the right size of shoe for your child. However, just because your child measures a 7, does not necessarily mean he or she must wear a size 7 shoe. The shoe must past the 1,2,3 test mentioned above and the length and width must also feel comfortable to the child. Buying a slightly larger shoe is okay in most cases and preferable to buying a shoe that will too small in short order.

• Have your child’s feet checked regularly. Taking your child to see a podiatrist can help prevent foot problems that may occur later on in life. Podiatrists can analyze the way your child walks and stands, as well as look at his or her shoes for certain wear patterns, to prescribe therapies to promote proper foot health for a lifetime.
Posted by NCfootDr at 10:11 PM 1 comment:

Email ThisBlogThis!Share to TwitterShare to FacebookShare to Pinterest
Labels: Back to School Shoes

Laser Treatment for Toenail Fungus: 10 Things you should know!

It has been estimated that nail fungus affects approximately 50% of people over the age of 60. Nearly 40 million Americans have toenail fungus alone. With a rather insidious onset, nail fungus is a medical problem that should be brought to your physician’s attention if you notice any changes in the appearance of your nails (such as discoloration or thickening). Earlier diagnoses have proven to have better success rates for the complete eradication of the fungus. For years, doctors and scientists have worked tirelessly to produce an effective cure for toenail fungus, or onychomycosis. Treatments range from topical solutions and lacquers to oral antifungal medications. In 2008, doctors started using a laser technology that had been around for years prior (the same laser used to treat cataracts) for the treatment of toenail fungus. Here are 10 questions to help better educate you on what toenail fungus is, and what laser treatment of toenail fungus is all about.

1. How does laser treatment for toenail fungus work?
Currently, there are 2 types of laser treatments for toenail fungus only one of which is in use by physicians. The company Patholase, has developed the PinPointe laser that produces high energy UV radiation to eliminate fungus under the nail bed of the toe. Results with this method have proven effective in many podiatrists’ offices around the country but is still considered an “off-label” use for the laser as it is used for other medical purposes. The other laser treatment method was produced by the company Nomir Medical Technologies called the Neovon Laser which uses two different wavelengths of near infrared light. The Neovon laser is currently in clinical trials and is projected to produce better outcomes than the Pinpointe laser. Both lasers work by producing beams from a pen-like device held by the doctor over the nail that sends penetrating beams through the nail to the fungus.

2. Will I see instant results with laser treatment for my toenail fungus?
While the laser treatment does kill the fungus instantly, the results of the treatment are typically seen approximately 9 months after the treatment when the infected nail has been replaced by newly grown, healthy nail.

3. Are there other options besides laser treatment for toenail fungus?
Topical creams are still prescribed by doctors as well as oral antifungal medications. The topical creams have proven effective in only 8% of cases. Oral anti-fungals, such as Lamisil are often more effective than topical treatments, but can be harmful to the liver over prolonged usage and blood draws are typical to prevent toxicity.

4. Is laser treatment for toenail fungus safe?
Laser treatment is safe as well as painless. The laser penetrates the nail bed to the level at which the fungus lives and reproduces.

6. Can I walk after the treatment?
Yes, the painless procedure allows patients to walk out of the office immediately after treatment.

7. How much does the laser treatment cost?
Depending on the doctor and the location, laser nail treatments average about $750 to $1200.

10. What can I do to prevent toenail fungus?
Keep nails dry, clean, and short. Wear moisture-wicking socks. Use antifungal medications. Avoid going barefoot in public places. Wash your hands after touching an infected nail.
Posted by NCfootDr at 10:11 PM No comments:

During the holidays, I tend to exercise